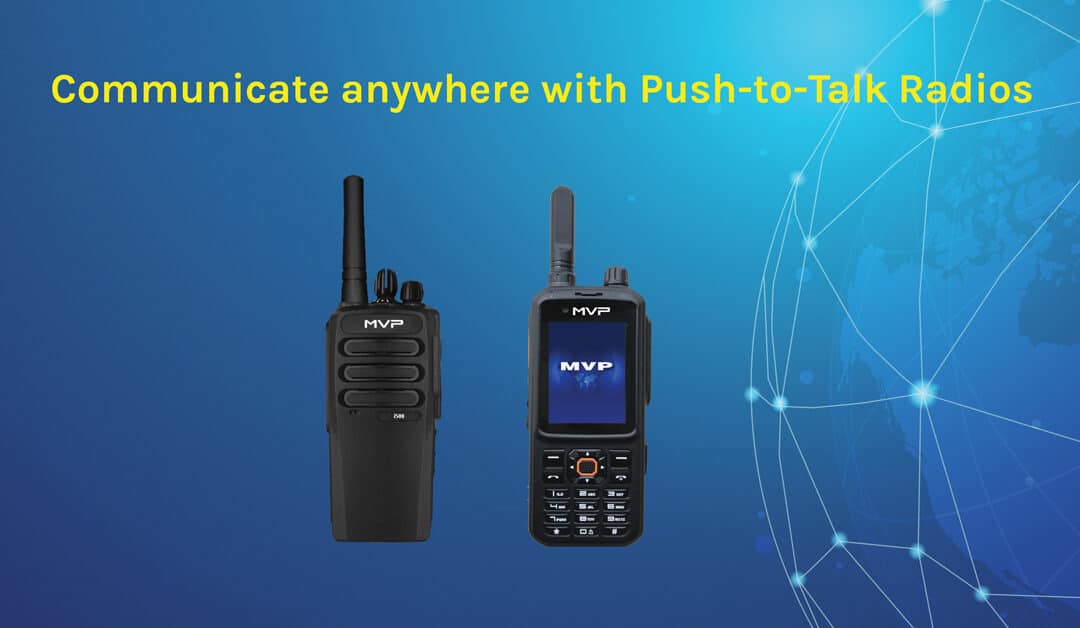 Push-to-talk over cellular radios, or widely known as PoC radios, have been growing steadily over the last decade. In 2017, the market for these devices was valued at US$2,741.4 million, and is expected to reach US$5,654 million by 2026, according to sources. Thanks to the increase of demand for next-generation LTE networks globally and the introduction of new technologies, PoC is poised to become a preferred communication solution for businesses of any size in the coming years.

With their ability to benefit from resilient carrier networks, low latency and reduced costs, what makes these radios increasingly popular, and now companies are taking notice?

PoC radios provide immediate 2-way radio communications utilising GSM, LTE and Wi-Fi connectivity. Compared to private radio users who need to be within range for their traditional radios to work by linking trunked systems to increase coverage, PoC delivers “unlimited” range whether islandwide or global coverage minus the requirement to maintain an expensive complex network.

Because of this, users can speak with other users anywhere in the world on a push of a key.

After the launch of the first set of specifications drawn up by the Open Mobile Alliance (the standards body that develop open standards for the mobile phone industry) in June 2005, PoC was introduced to the market. This became even more widespread when networks started introducing 2G and 3G services in North America and Europe.

A few years later, 4G technology came onto the scene with the release of commercial 4G LTE networks. And because 4G has the capability to deliver data speeds and low latency to compete with PMR systems, PoC gained stronger grounds and has been considered an enviable proposition for various organisations.

What with all the advancements of this technology, the question remains: Has push-to-talk over cellular (PoC) radios made 2-way radios obsolete? The answer is: Not quite, as many users today are still taking advantage of the tried-and-tested functionalities of analogue and digital handheld devices across all sectors.

However, the growing popularity of PTT radios is something one cannot deny. Even SMBs are looking for fast, efficient, enterprise-level yet simplified communications, combined with more features, and one-to-one or one-to-many group calls over an IP network. PoC radios deliver all of these. Therefore, more companies are gradually adopting this technology to connect and collaborate faster with everyone in the team than ever before.

The advantages of PoC Radios over Traditional 2-way Radios

Even to this day, a lot of people still thought 2-way and PoC radios to be the same. The former after all uses push-to-talk communications technology to communicate to one user or to groups of people.
PoC radios on the other hand are a far much more innovative solution because they combine the features of conventional 2-way radios with a comprehensive suite of multimedia features that enable business customers to do more, such as:

Simply put, being “real-time” is a takeaway word here.

If one user wants to call another user, PoC radios offer instant push-to-talk that is more cost efficient than a DMR or TETRA radio. Fellow workers can easily locate the field-force in real-time, thanks to the radio’s push-to-locate functionalities. Messages can be sent to colleagues in an instant because PoC radios’ messaging capabilities provide instant push-to-message.

Overall, PoC allows businesses to enjoy so many advantages as they collaborate across teams regardless of their location. They can

Wireless cellular communications in radios are only designed for devices that support it. The MVP i365, for example, is a professional-grade two-way radio that integrates voice, data and video into one device. And speaking of networks, it can easily access GSM, 3G, 4G, LTE and WiFi Networks with ease, which enables people to get the job done without compromising security. The i365 is touchscreen, with 2MP front and 5MP camera and more than 8 hours’ standby time. For people who prefer a non-display device, they can consider the MVP i500, a rugged and reliable device that can deliver instant radio communications with an impressive battery life for up to 16 hours. This model is ideal for field-based personnel who still wish to connect with their team in the office.

Companies looking at PoC should consider an All-in-One Communications Solution that brings together these radios, application and software. Push-to-talk radios let users to efficiently interconnect radios and carrier networks, making both work to their advantage. Businesses can finally deploy the right communication solutions with many of the advantages of conventional radios – and more.

Are you looking for a powerful all-in-one push to talk communications solution? Now you can try our islandwide walkie talkie for free. No obligation to purchase after the trial period. 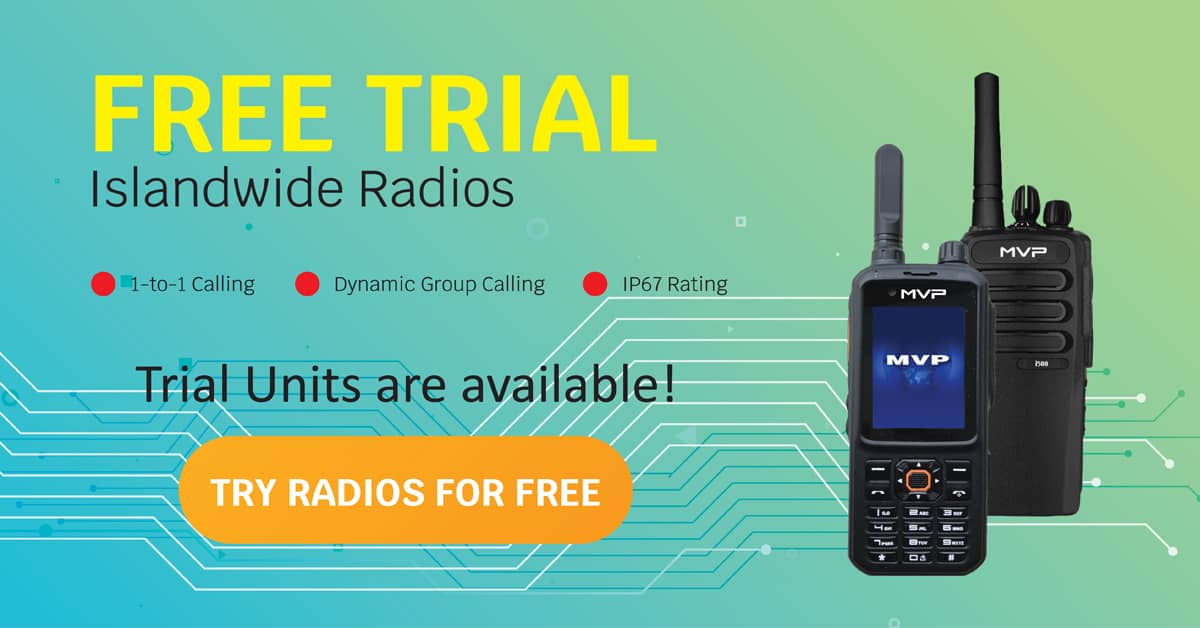