Are your 2-Way Radios SOLAS-compliant for Intrinsically Safe Communications? 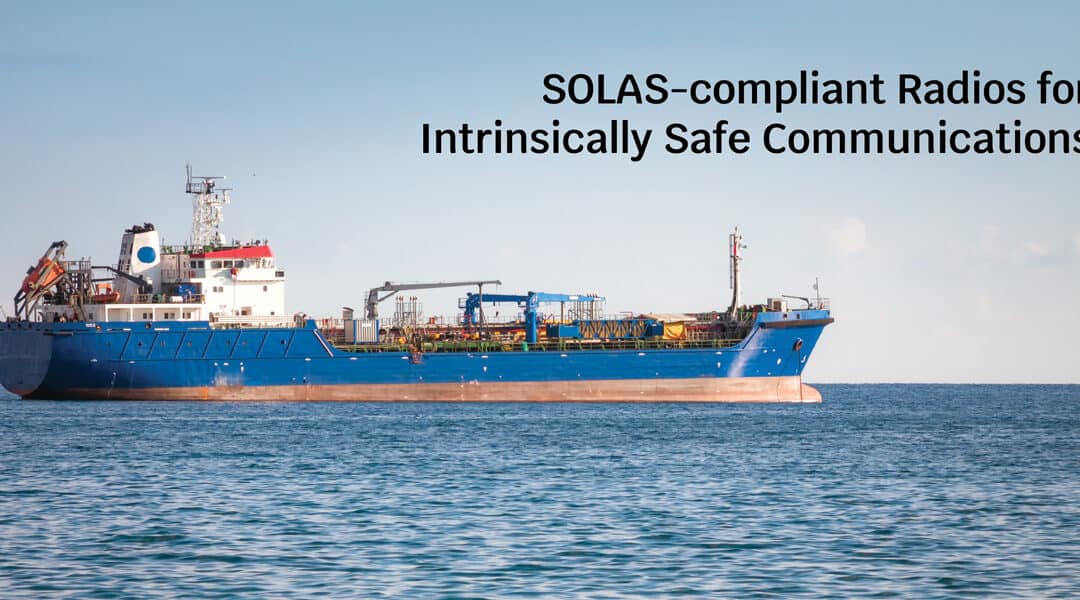 Safety is NOT a side issue in the maritime and shipping industry. The risks of ship-related incidents like fires and explosions offer nothing but limited ways of getting out unharmed as vessels could even go up in massive flames in the middle of the ocean.

Will the passengers be safe?

Do the firefighter crew have the tools to effectively communicate each other when situations like this arise?

Thanks to SOLAS Convention, human life can be safeguarded from all kinds of maritime-related (and unavoidable) catastrophes. The good news is, it has been updated to keep up with the changing times, imposing much stricter regulations for all fleets and ships to follow.

Adhering to the standards is important. Here is what you need to know about SOLAS and why it matters.

The last adopted revised convention of 1974, also known as the IMO SOLAS 74, covers key regulations classified under various chapters to require safety measures starting from the ship’s construction to ‘’abandon ship.’’ The SOLAS Convention recently updated to address more safety matters, including the implementation of appropriate “two-way portable radiotelephone apparatus” for firefighter communications or what is known as Regulation 10.10.4.

How does the revised SOLAS regulation impact maritime communications?

All fleets are now required to meet the minimum number of portable radio devices not just for people serving as firefighters but also for a wider crew on board.

For ships constructed on or after 1 July 2014, a minimum of two two-way portable radio telephone apparatus for each fire party for fire-fighter´s communication shall be carried on board. Those two two-way radio telephone apparatus shall be of an explosion-proof type or intrinsically safe. Ships constructed before 1 July 2014 shall comply with the requirements of this paragraph not later than the first survey after 1 July 2018.

The objective of Regulation 10.10.4 is to ensure that those ships will follow the right procedure as they have increased over time. It enforces the rule that

The number of vessels being built before 1 July 2014 is approximately 89,000. Approximately 60,000-65,000 of these merchant ships are covered by Regulation 10.10.4. This guarantees the capabilities of the firefighter crew to safeguard human life, as well as monitor and extinguish fires before they happen with the appropriate number of devices carried on board.

Market-leading radio brands have manufactured a wide range of marine intrinsically safe handhelds that comply with the new SOLAS regulations. Here are options you can now find available:

• The PD508-UL913, certified by UL, is a rugged fully powered explosion-proof radio that utilises the latest DMR technology. It can be operated up to 20 hours under a duty cycle of 5-5-90. It is rated IP54 to provide a high level of protection against particles and a fair amount of protection against water.

Buy the Hytera PD508-UL913 radio today for only SG$598 (subject to prevailing GST), available in UHF and VHF bandwidth.

• The Hytera PD718Ex meets the stringent European Union ATEX directives for hazardous environments where conventional walkie talkies are not considered safe. What’s more, it offers superior voice quality and noise cancellation features that make it an all-rounder intrinsic safe communications tool
• The Hytera PD798Ex also follows the same European ATEX directives as well as FM and IEC standards with its radio and battery encapsulated to make sure that the connections are sealed off from explosive gases and dust particles.

If not, then you should start checking at your existing handhelds. Regulation 10.10.4 is indeed a welcome update even amongst fleet owners because it requires ships constructed before 1 July 2014 to have a minimum number of intrinsically safe firefighter radios. These portables help ship operators reach SOLAS compliance that could make the lives of the firefighters easier while ensuring the highest level of operational efficiency and performance.
Are your ships SOLAS compliant? We can recommend the best intrinsically safe radio based on your budget and requirement. Enquire today and get Free, No-obligation quotation. Contact any of the following offices: